I have been looking forward to BvS for the last 3 years… so had to see the minute past midnight 3D viewing today, to beat any spoilers. It didn’t disappoint. Brilliant movie. But then when I saw the current rating of 30% on Rotten Tomatoes it inspired me to FINALLY sign up to the Rotten Tomatoes website and post a review. I gave it 4.5stars/90%.
Here’s my review, cut & pasted:

Cards on the table I am an unashamed Bat-fanboy. I grew up with 70s Batman (Giordano, Aparo, Adams) and have loved Miller’s The Dark Knight Returns ever since I first read it in the 80s. So the nods to that story in this movie were much appreciated by me. I loved what Snyder did with Watchmen (one of my other favourite comic book stories I have read repeatedly since the 80s), BUT, like many, I pretty much hated the mega-destruction ending to Man of Steel.
I love that Batman Vs Superman runs with the world’s response to that mega-destruction as one of the main narrative ‘drivers’, and as something that is especially significant to Bruce Wayne at this stage of his life. I don’t want to say more, as that may get into ‘spoiler’ territory… but… Wow. The story is ambitious in scope and I really feel (after my first ‘minute-past-midnight’ viewing) that it largely achieves its massive goals, unlike The Dark Knight Rises movie, which I instantly knew on first viewing had massive plot holes and a large dose of style over substance that led, in my opinion, to an overly ‘bloated’ feel. Another comparison with The Dark Knight Rises is that for me that was not a satisfactory portrayal of a ‘middle-aged’ Batman. Bale’s moody Batman who had locked himself away in the Manor for years after his very early career due to being heartbroken was NOT my conception of ‘The Batman’… whereas Bat-Fleck IS an AWESOME ‘middle-aged’ Batman. Bat-fleck has the Bat-experience and has built the Legacy and is STILL in knockout fighting condition. I’ve been on board with this casting from the get-go and Affleck did not disappoint.
I think Cavill is really growing into his role as Superman and I thought there was a much stronger character arc for him in this story, as compared to Man of Steel. The BvS supporting characters, especially Alfred, Lois, and Perry were all handled well, but the standout character in amongst all of these great portrayals was Gal Gadot’s Diana/Wonder Woman. The moment that she joins the end-fight and her theme music strikes up is just awesome. I felt a spontaneous smile appear across my face. Wonder Woman’s involvement in this fight was brilliantly executed, and bodes well for Wonder Woman’s solo movie next year (I just hope that’s an ‘all-ages’ movie as my daughter will be 9 then). I am amazed that Snyder has managed to cram SO MUCH into BvS. The pieces are falling into place so well for the Justice League movie… not just the heroes being introduced (brilliantly imo), but also the referencing of what will surely turn out to be Darkseid.
If people turn up to BvS expecting a Marvel-style ‘popcorn’ superhero movie then there’s a strong chance they’ll be disappointed. I didn’t, and I wasn’t. Currently the Rotten Tomatoes critics rating for Batman Vs Superman is 30% and falling. I give this movie a solid 90%.

(additional: that was initial nostalgia elation scoring. My rating subsequently fell from 90%, probably now sitting around 75%, but I still think the move has way more strengths than weaknesses. Just an opinion! 😉 ) 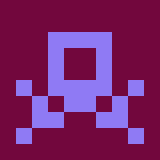