Been on the phone a few times with very helpful TSO support staff over the last couple of days. Really great support. Looks like the uploading issue is mainly to do with thumbnails & I can post images again! 🙂

This is Captain Britain for the current CBR Jam. The current theme is ‘Blue and Gold’. When I thought of Blue and Gold for Captain Britain I immediately thought of the European Union flag. This is Brian Braddock from an alternative timeline where Britain didn’t vote for Brexit, but voted instead to stay in the European Union! Brian decides to commit to fight corruption within the EU and help stamp out the tyranny of multinationals and secret societies…. Vive la Captain Britain! 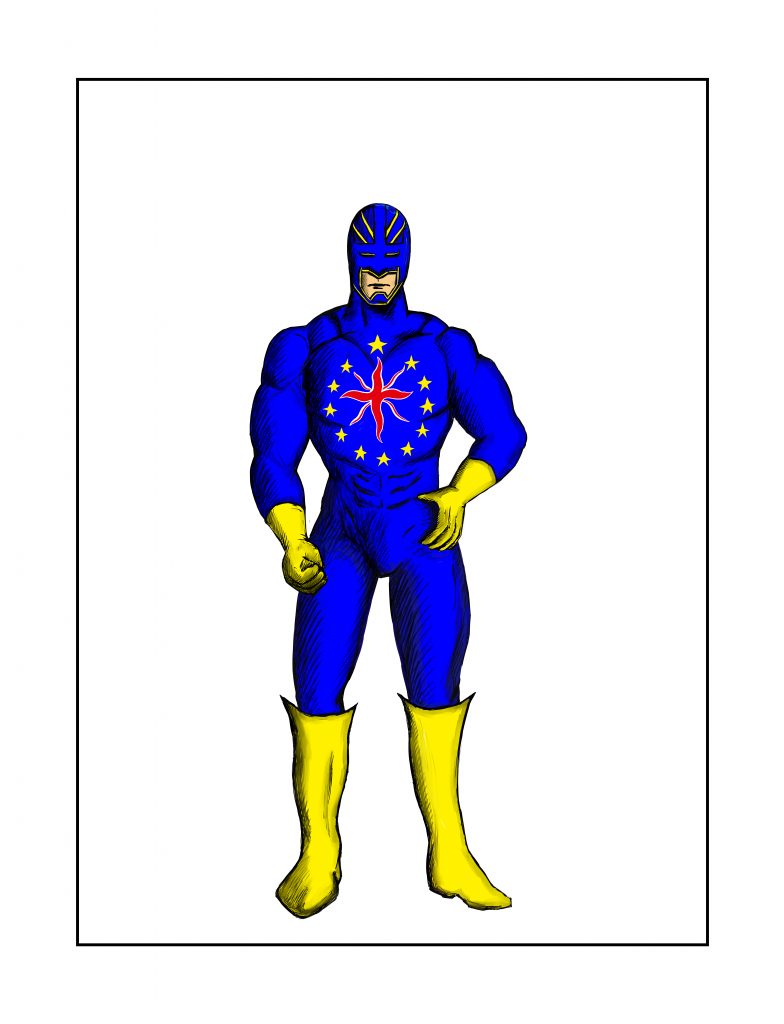 Trying to get these glitches sorted. Images not showing in posts…